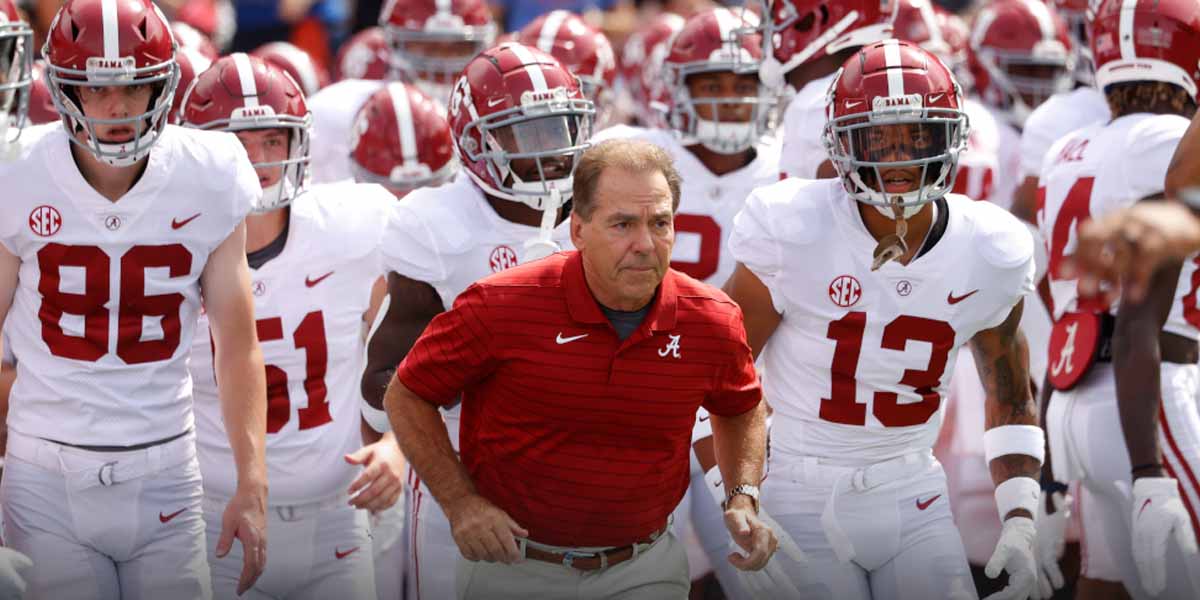 TUSCALOOSA, Ala. – Despite being the biggest powerhouse in college football for over a decade, the Alabama Crimson Tide have seen something uncharacteristic with their odds. That is that their projected win total has dropped one win from last season and their odds to make the playoffs have dropped as well.

While oddsmakers have slightly lowered their expectations for the Tide this season, this is a great opportunity for any bettors to get in on Bama’s odds at some tremendous value.

Over the last four seasons, Alabama has seen their set win total prior to the season at 11 wins or higher in which they’ve gone a measly 1-2-1 with the over. However, they’ve gone over a 10.5 total three times in the last four seasons. In fact, dating back to 2007 when Nick Saban took over as head coach, the Crimson Tide have gone over a 10.5-win total 11 times during his 13-year stint with the team thus far.

Looking at how they’ve done with a win total of 10-10.5 since 2010, they’ve been given that total four times and have gone 3-1 with the over. For those that have ridden the Tide going over every year since Nick Saban’s start on the sidelines, a $342 profit could have been made when betting $100 each time.

Betting On Alabama To Make The College Football Playoffs

Alabama To Make The Playoffs

Since the College Football Playoff era began in 2014, Alabama has been one of the four teams selected in all but one season. That said, a killer profit has been made when betting $100 on them to make the playoffs each season. Those betting in $100 units each season could have been up $511 in profit.

Backing their case to make the playoffs even more, with only the top-4 teams making it, Bama is in the best spot being that are projected to open as the #1 ranked team in the country. The Crimson Tide have been ranked #1 in the country in each of their last 16 seasons and have closed inside of the top-4 10 times since then.

While betting on Alabama to make the playoff seems like a sure lock, those that follow betting trends might want to avoid betting on them to go all the way and win the National Championship. The two college football playoff games this season will be at the Peach Bowl in Atlanta and the Fiesta Bowl in Phoenix. The two previous times that these were the CFP matchups, Alabama failed to win the National Championship.