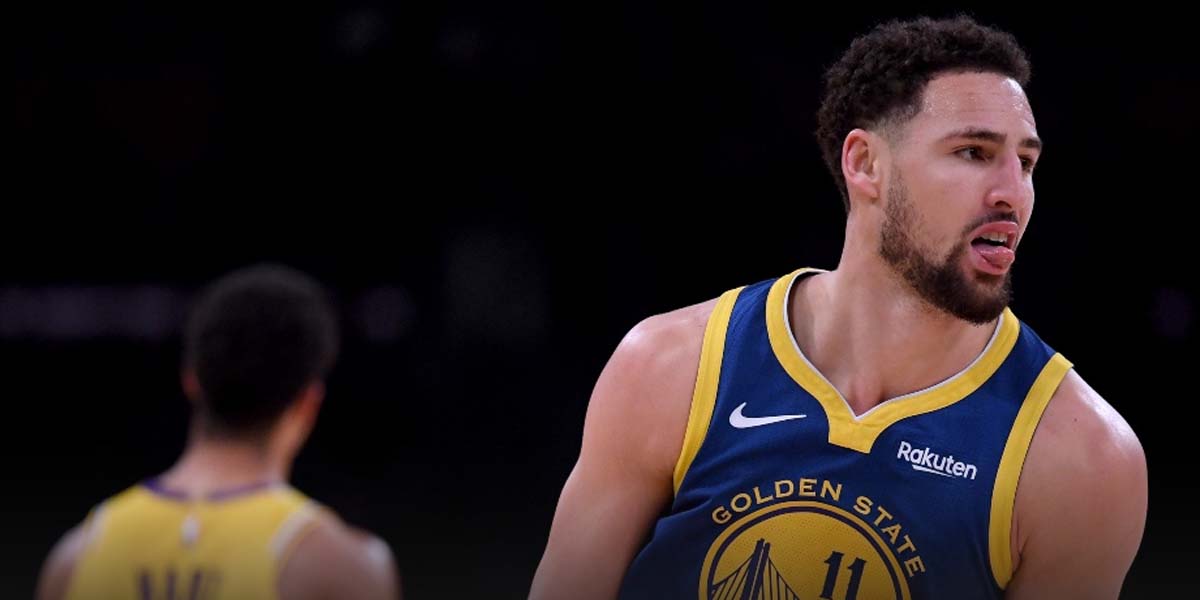 Thompson has been out with injury since he tore his ACL during the 2019 NBA Finals. Popular online sportsbooks are now hosting odds for his season stats with the Under favored in all catagories.

With Klay Thompson’s return quickly approaching, Steph Curry, in his own words, on his Splash Brother: pic.twitter.com/9ij5qDEUX8

In the last season Thompson played before injury, he averaged 21.5 PPG, 2.4 APG, and 3.8 RPG. NBA betting fans seem to not expect Thompson to finish his first season back with similar numbers.

Since the 2014-2015 NBA season, Thompson has not averaged less than 20 PPG. Thompson showed he still has his scoring ability during his stint in the G League. Thompson stood out in scrimmage matches while on the Santa Cruz Warriors.

With the return of Klay, head coach Steve Kerr would likely pull shots from Wiggins to get Klay comfortable.

Klay will also have a lot of open looks with so many shooters on the Warriors and Steph demanding such attention. Klay could finish the season averaging 20 PPG again.

Assists and rebounds are likely a harder achievement as Thompson has never been big with either.

For his career, Thompson averages just 2.3 APG. However, coming back from injury and reacclimating to the league may see Thompson be more passive early on, leading to more assists than he normally would have.

In the last four NBA seasons Thompson played, he averaged 3.8 rebounds in three of them and 3.7 rebounds in the fourth. However, with the injuries being on his legs, do not expect Thompson to be diving for loose balls and boxing out consistently enough to average that many rebounds again.

Thompson makes his season debut on Sunday starting at 8:30 p.m. EST. Fans can catch the game on NBC.