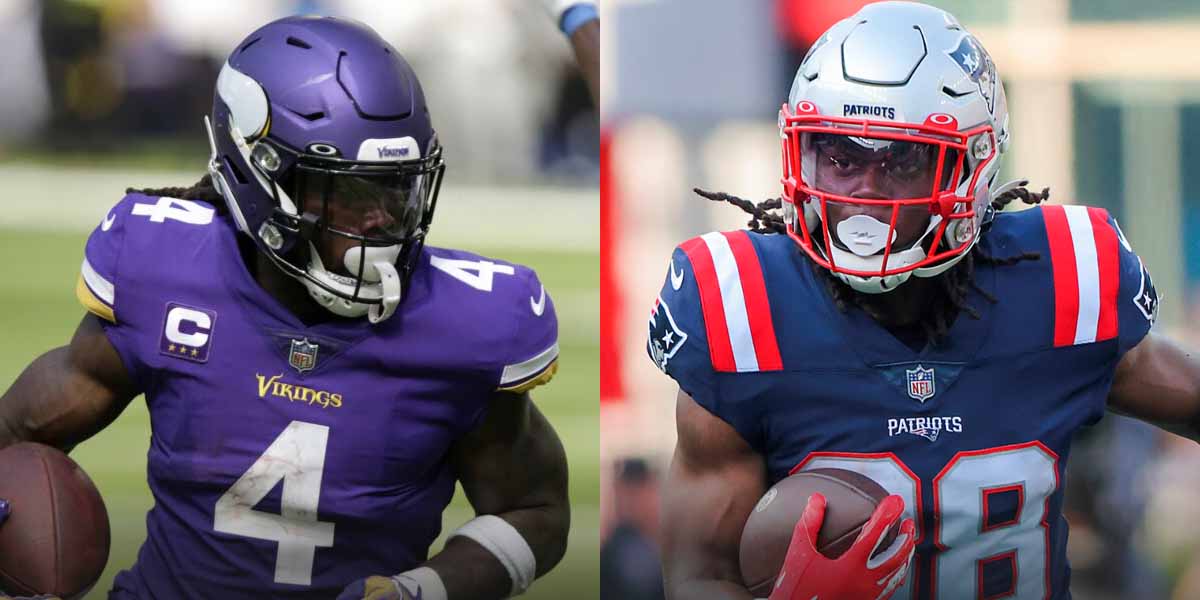 MINNEAPOLIS - Two of the league's premier running backs square off on Thanksgiving Day when Dalvin Cook and the Minnesota Vikings host Rhamondre Stevenson and the New England Patriots.

Dalvin Cook and Rhamondre Stevenson both rank among the top 15 players in the league in rushing yards and scrimmage yards this season, making them logical players to focus on when betting on the Vikings and Patriots game at Bovada.

One popular way to bet on both star running backs is to focus on their yardage splits as a favorite or an underdog, with Cook's Vikings a 2.5-point favorite over the Stevenson-led Patriots.

Based on Dalvin Cook's stats in all games this season and in the ones that the Vikings are favored in, he may be poised to go over both totals.

What stands out, is how he averages nearly 12 more rushing yards per game as a favorite than his 72.5 rush-yard prop.

Betting on Cook to go over that rushing yard prop because the Vikings lean on him heavily in games that they are favored is likely the best bet for the three-time Pro Bowler.

Compared to Cook, Rhamondre Stevenson has some rather large splits between his rushing yards and total yards props:

Rhamondre Stevenson's stats this season in all games, as a favorite, and as an underdog showcase a wide split in expected production for the second year back.

With such a steep drop-off in production as an underdog this season, betting on Stevenson to go under either his rush yards or total yards prop bets are likely good options.
His drop-off as a receiver when the Patriots are underdogs makes the under for Stevenson's total yards likely the better of the two great bets.

Are you fading or tailing bets on the running backs based on performance as a favorite/underdog?