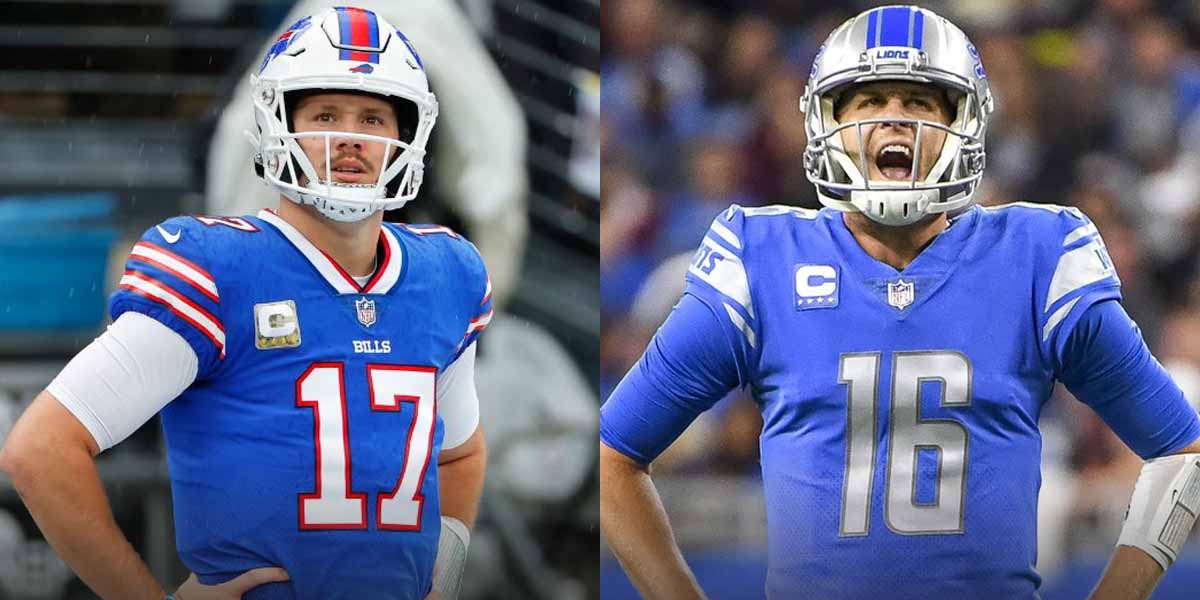 DETROIT - Online sportsbooks have released quarterback betting odds for the Detroit Lions and Buffalo Bills matchup on Thanksgiving Day, with many of the prop odds at Bovada on Jared Goff and Josh Allen opening to high as a result of the game's Week 12-high total.

Betting the Under on Josh Allen Passing Props

NFL sportsbooks have clearly correlated the expected high-scoring game between the Lions and Bills with a massive game from Josh Allen.

That may happen, but even if Josh Allen plays well there is a strong chance he does not reach his passing player props:

Allen's past four games suggest that betting the under on his passing yards and touchdowns and the over on his interceptions is the best way to go:

The scores in the bullets also indicate that just because a Buffalo Bills game involves a lot of points, that does not necessarily mean Josh Allen will go over his props.

Betting the under on passing yards and touchdowns by Josh Allen, while betting the over for his interceptions are likely the best bet on the former Wyoming product.

Betting the Under on Jared Goff Passing

The Lions have won their past three games, all as an underdog. That is largely because they are no longer an overly pass-happy team, and are simply asking Jared Goff to take care of the football and manage the game.

Goff has thrown exactly 26 passes in the past three games, with one interception over that span.

Despite both those stats, online sportsbooks are suggesting Goff is going to air the ball out ten times more than he has in any of the past three games and is offering plus odds on him not throwing an interception:

Detroit's last three games have ended with a combined total of 26 points, 61 points, and 49 points, but they have not changed their game plan with Goff.

Betting under for Jared Goff's interceptions and pass attempts is a strong option that includes plus odds and is likely one of the best bets on Thanksgiving.

Are you betting the under on Josh Allen and Jared Goff’s passing props at Bovada?