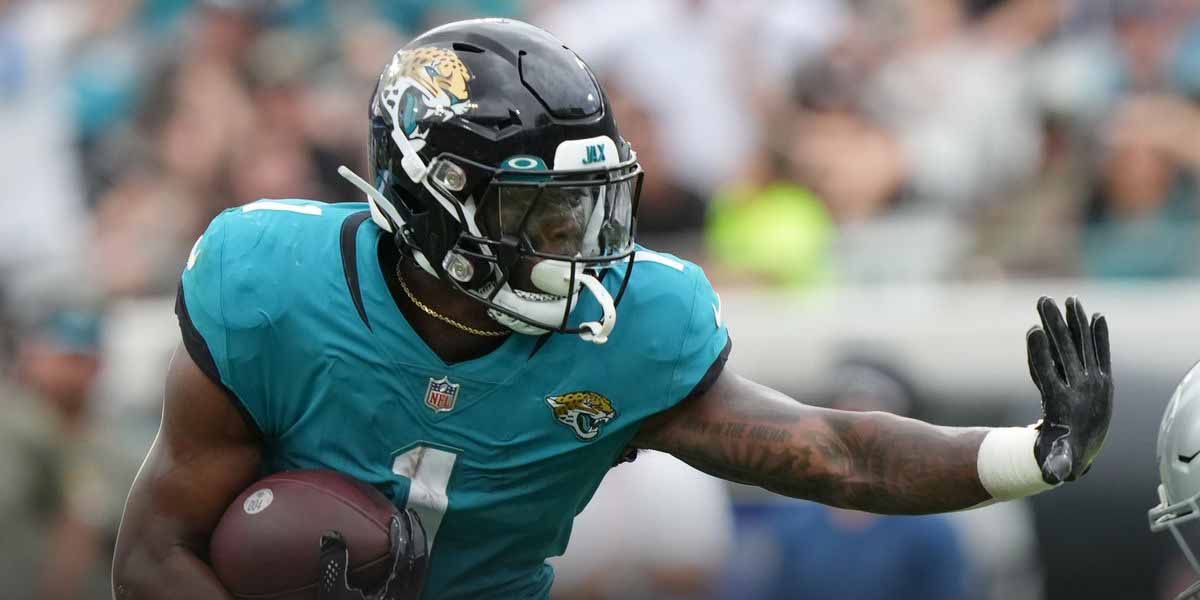 KANSAS CITY, Mo. - Travis Etienne prop bets versus the Kansas City Chiefs are excellent options for bettors based on game script and matchups.

Online sportsbooks have made the Jacksonville Jaguars nine-point road underdogs against the Chiefs, with past performances by Etienne suggesting that means players should bet the under on his rushing total (71.5 Yards) and over his receiving yards total (19.5 Yards).

NFL betting sites have set many prop bets for Travis Etienne's rushing yards and rushing attempts very close to his averages since becoming the starting running back for the Jaguars back in Week Six:

Despite more rushing attempts typically meaning more rushing yards, since starting, Travis Etienne's rushing splits when the Jaguars are favored versus as underdogs suggest the exact opposite:

That means that players should focus on the over for Etienne's carries and under for yardage.

Additionally, the Chief’s defense has given up the seventh-fewest rush yards per game to running backs at just 81.18 YPG.

Kansas City's defense has been much more forgiving for running backs catching the ball, as they have given up the third most receiving yards per game to running backs in the NFL at 45.76.

Betting on Travis Etienne's receiving yards prop to go over is likely a great bet as a result.

Etienne has gone over that 19.5 receiving-yard prop total in two of his past three games as an underdog, making it a better bet than his rushing total.

Etienne has averaged 85 total yards per game as the starter when Jacksonville has been an underdog, which is nearly ten yards lower than his prop at Bovada.

With Kansas City's defense strong against the run and weak against the pass for running backs, betting on Etienne's receiving yards only prop is a better bet than total yards.

Are you betting on Travis Etienne’s rushing props on Bovada?