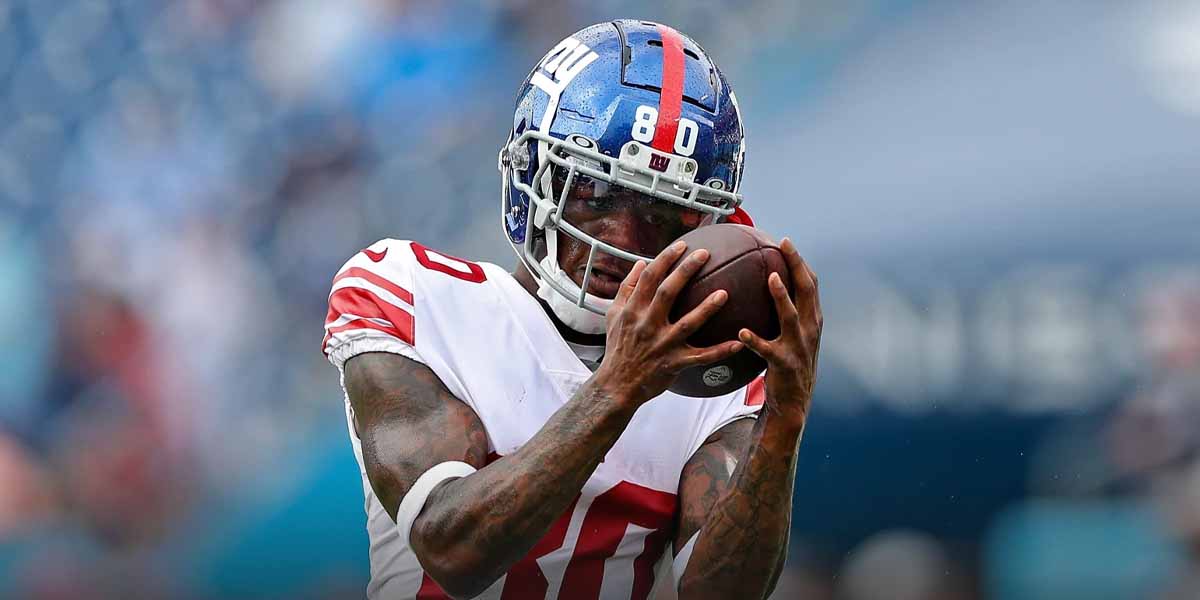 NEW YORK - Richie James of the New York Giants came out of nowhere to assume a significant role in the offense – and the Giants will need him to contribute in a game against the Philadelphia Eagles.

James’ O/U of 45.5 receiving yards is tied with his running mate, Isaiah Hodgins, a fellow development project that the Giants seem to have hit on.

James has only had six games this season with over 45.5 receiving yards, and he did not play in New York’s most recent loss to Philadelphia in Week 18.

He recorded 61 yards in their loss in Week 14, which was a more competitive affair in terms of roster – the Giants rested their starters in Week 18 – but not in terms of score, as the Eagles won 48-22.

James is favored to hit the under here, which makes sense in the context of his performances this season.

He only has six games with more than 4.5 receptions, although one of them was the previously mentioned Eagles game.

NFL betting fans should know that James has seen more and more receptions as the season has gone on.

In his last five starts, he’s seen no fewer than four receptions.

James is something of an intermediate threat, which makes this wager very interesting. He’s never had a Y/R greater than 16 this season.

He’s only had a reception longer than 18 yards four times entering this game – the online sportsbooks seem to expect him to get open downfield.

James and the Giants take on the Philadelphia Eagles on Saturday at 8:15 p.m. EST.

Who Will Have More Yards? Richie James/Isaiah Hodgins