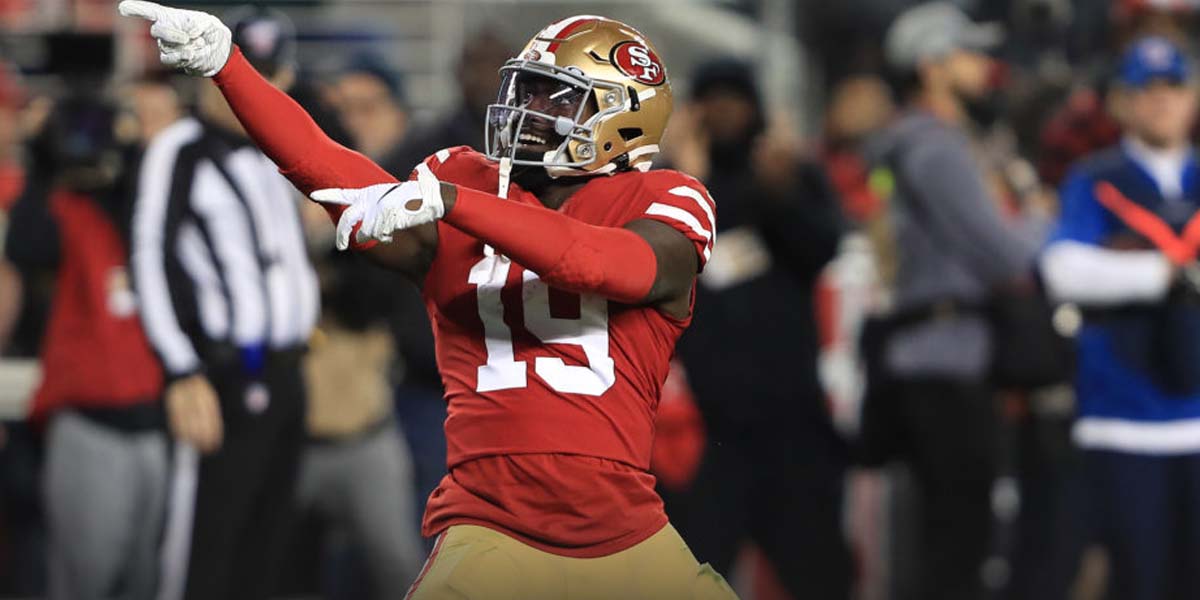 SAN FRANCISCO - The San Francisco 49ers offense has been reliant on the singular talents of one player - Deebo Samuel - in a way that few other offenses can match. Samuel has logged 1310 receiving yards on the season - more than Tyreek Hill of the Kansas City Chiefs - while being used significantly in the 49ers rushing game.

Effectively, this is a bet on whether or not Samuel will manage to score a rushing touchdown against the Los Angeles Rams on Sunday.

This bet is intriguing to online sports betting fans because Samuel’s usage in the run game, while explosive, has been sporadic, and some might argue it has been dependent on the other options available to coach Kyle Shanahan.

What Kind Of Usage Will Samuel See In Week 17?

From Week 10 through Week 15, Samuel scored six of his seven rushing touchdowns on the season.

The 49ers were without starting running back Elijah Mitchell for three of those games, and without Samuel for one more. In other words, Samuel played only one game with Mitchell during that time frame, a Week 12 matchup against the Minnesota Vikings, in which he scored two rushing touchdowns and Mitchell scored one.

That seems less than ideal for Samuel.

Indeed, in Week 17, with Mitchell back, Samuel notched no rushing touchdowns, and had arguably his worst rushing performance of the season against the Houston Texans, rushing seven times for 19 yards. However, his usage numbers have been fairly consistent in the run game - he hasn’t gotten less than five rushing attempts since Week 10, when the 49ers first started really using him in this role.

It seems possible that Samuel will continue to have opportunities on the ground, even with Mitchell back.

It seems that while his original usage at the position was out of lack of other options, Samuel may have played himself into a permanent role as the change-of-pace running back as well as a wide receiver.

Deebo Samuel Is A YAC God

He’s shown an ability to do more damage than anyone else when he has the ball in his hands. For NFL betting fans, it’s just a question of what his level of opportunity will be. The last time Samuel matched up against the Rams, it was in that Week 10 matchup where he first proved his efficiency as a rusher, scoring a touchdown on the ground to go along with one in the air.

We’ll see if this offensive dynamo can have a similar performance to close out the season and claim a record for himself.