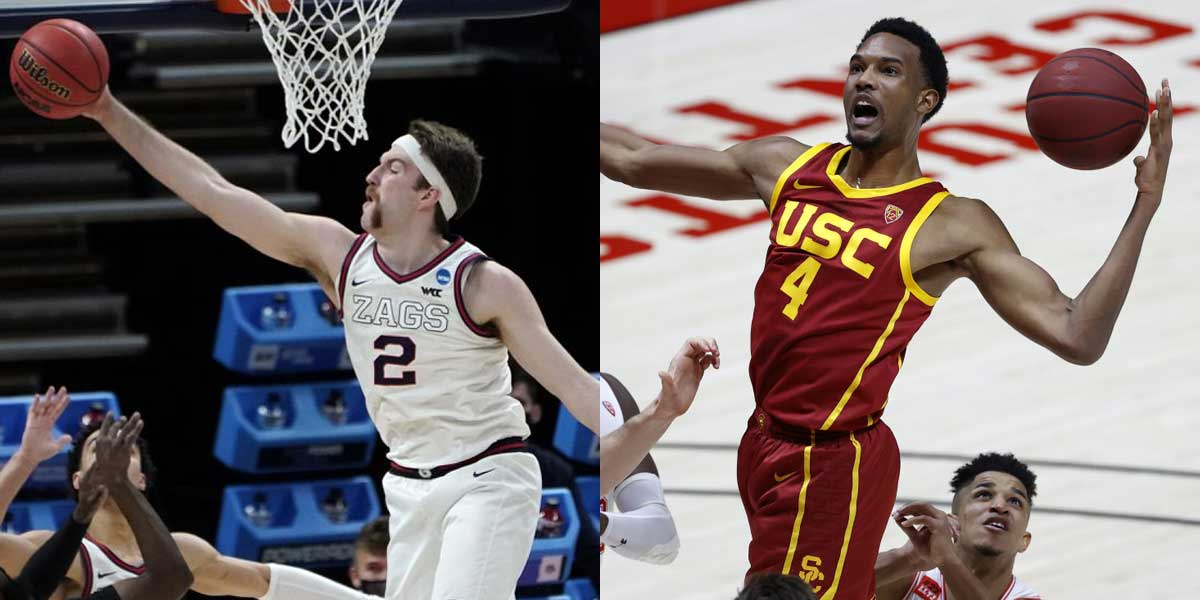 INDIANAPOLIS - With two teams already set in stone for the Final Four, the Gonzaga Bulldogs will be going up against the USC Trojans as they look to become the next Final Four team.

Starting with the moneyline, there should be no doubts about why Gonzaga is being seen as the super heavy favorites in this matchup. They have been a powerhouse all season long having gone 29-0 on the year which includes their tournament games as well and are also currently in the midst of a 33-game win streak as well.

Also, this is Gonzaga’s third Elite 8 appearance in the last six March Madness tournaments as well which should also back up their college basketball odds as it shows how much experience they really have. With that, betting on Gonzaga could be some of the easiest money made on the tournament.

Bettors should be looking at the spread as a major opportunity for some easy money. Gonzaga has been very strong against the spread this season having gone 15-12-2 and have been on an absolute tear in their recent games. Not to take anything away from USC at all as they have gone 19-13 ATS but the fact that they are going up against Gonzaga should have bettors leaning the Bulldogs way.

Some might look at the college basketball odds on the total for this game and think that it is set quite low and they are right. Both teams are not shy at all when it comes to scoring the ball as Gonzaga is a top team in the country in scoring as they average 91.8 ppg while USC puts up 75.2 ppg. Combined, that would crush the Over.