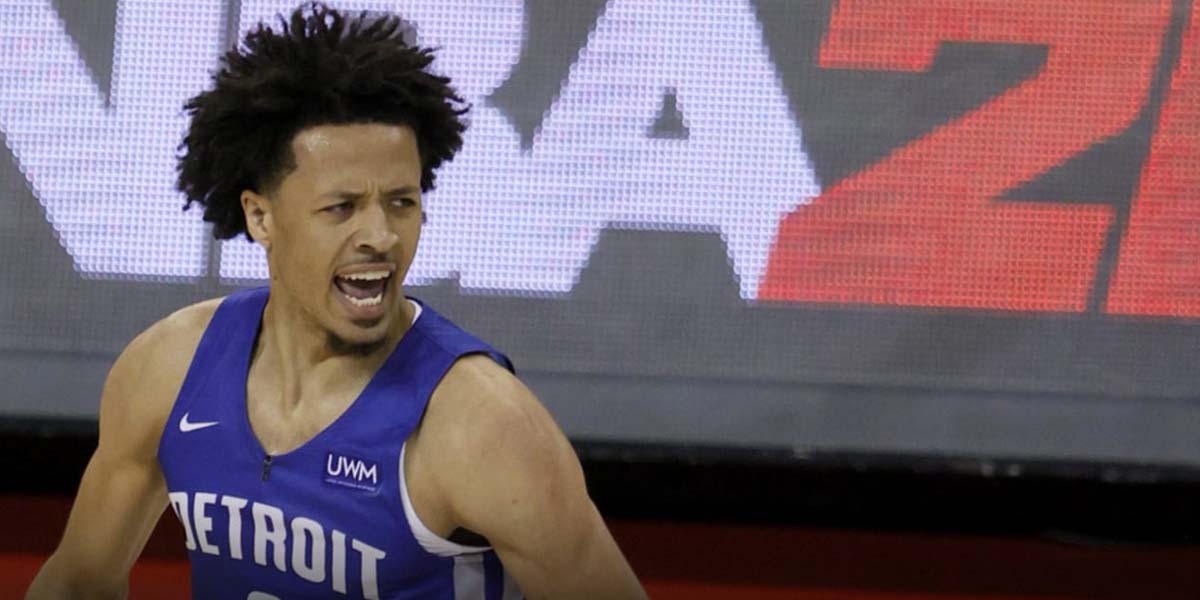 DETROIT - The 2021-2022 NBA season begins in less than a month and sports bettors are already focused on prop bets that could yield large rewards by the season’s end.

The Rookie of the Year race features several top contenders and then a group of mid-range possibilities and long shots.

But let’s take a look at the top two contenders, as well as one of the long shots that could yield a solid amount of cash for NBA betting fans.

Cade Cunningham has been a candidate for Rookie of the Year since before he was even drafted by the Detroit Pistons.

Cunningham is a skilled wing, 6’8’ with guard skills, and projects as a guy who can play bully ball on small guards like DeMar DeRozan, but has the ability to shoot threes at an elite clip.

Cunningham shot 40% from three in college, and 84% from the line. He might not be Steph Curry but he could be the next Jayson Tatum.

Cunningham’s +250 odds reflect not only his skills but his situation. He’ll be on a Detroit Pistons team where he’ll have a chance to be the unquestioned alpha, which makes for a very intriguing situation for a rookie playmaker.

Jalen Green of the Houston Rockets will be in a similar spot and his odds are only slightly behind Cunningham’s.

Green played 2020-2021 in the NBA G-League, where his quickness and athleticism marked him as an NBA prospect - and allowed him to average 1.5 steals per game.

Green will be representing Houston, where playing time should be abundant, although Kevin Porter Jr. did impress at the shooting guard position during the 2020-2021 season.

With elite athleticism, the question Green has to answer is whether or not he can become a shooting talent, and take a similar career path as someone like Zach LaVine.

Scottie Barnes is a unique prospect among those listed, in that his situation is one of the most unknown in the NBA.

The Toronto Raptors definitely have talent, but also an uncertain path forward. Much of the 2020-2021 season was consumed with speculation as to whether or not they were tanking.

That remains unclear. However, what is clear is that the Raptors have more or less locked-in starters at the SF and PF positions, which Barnes will likely play in the NBA.

Pascal Siakam and OG Anunoby are players that have performed well for the Raptors, and it could be tough to dislodge them from their starting spots.

If Barnes gets on the court, he could be a major force, with his immense wingspan allowing him to guard up and down the court.

However, he might be starting behind the eight-ball compared to Green and Cunningham, who will almost certainly be putting in 30+ minutes a night to start the season.

There’s a reason why online sportsbooks favor Green and Cunningham - winning awards takes both talent and opportunity, and they seem to have both going for them entering the 2021-22 NBA season.