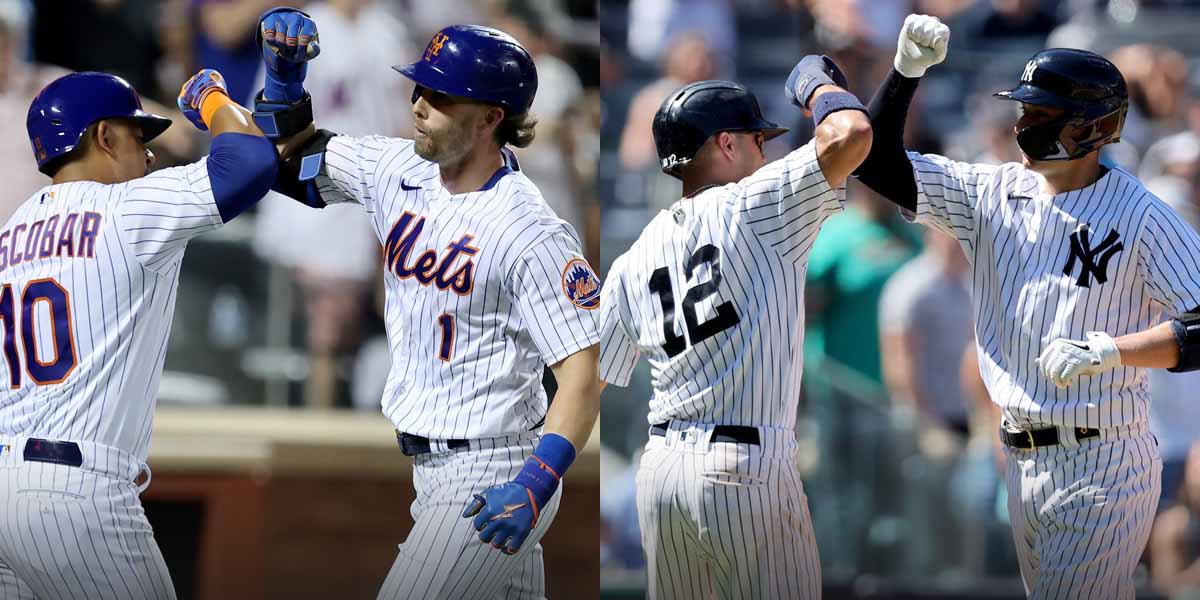 NEW YORK – Between the Mets and the Yankees, New York is the current favorite state to win the World Series, with +200 odds at online sportsbooks.

The Dodgers are the first favorite to win the World Series, giving the state of California +260 betting odds. However, betting on the Dodgers directly would have more value, with their future odds currently sitting at +325.

The Yankees have been the talk of the season, with Aaron Judge hitting 45 total homers, and on pace to hit 65 by the end of the regular season.

The Yankees hit 70 wins on August first and had +325 odds to win the World Series as the betting favorite. Over the last 10 games, however, they have eight losses, and two wins and hold current World Series odds of +450.

There is betting concern on the Yankees winning the World Series, or even making it out of the AL, after losing four games to the Seattle Mariners in the two-team last five matchups since August second.

The Mets World Series odds have been jumping around during the 2022 regular season, with +1000 preseason odds. They jumped to +650 after All-Star Game, and are currently sitting at +475. This shortening is following them winning six straight and claiming the second-best record in the whole MLB.

On Thursday, the Mets had +450 odds and the Yankees were at +475 at online sportsbooks but these odds have flipped.

The Mets have also been great ATS during the 2022 season, having the fifth-best record against all MLB teams. They have covered the spread in 63 games, with a 56.4 cover percentage rate.

They also have the best record in the MLB for hitting the over on their projected total, at 55.3%.