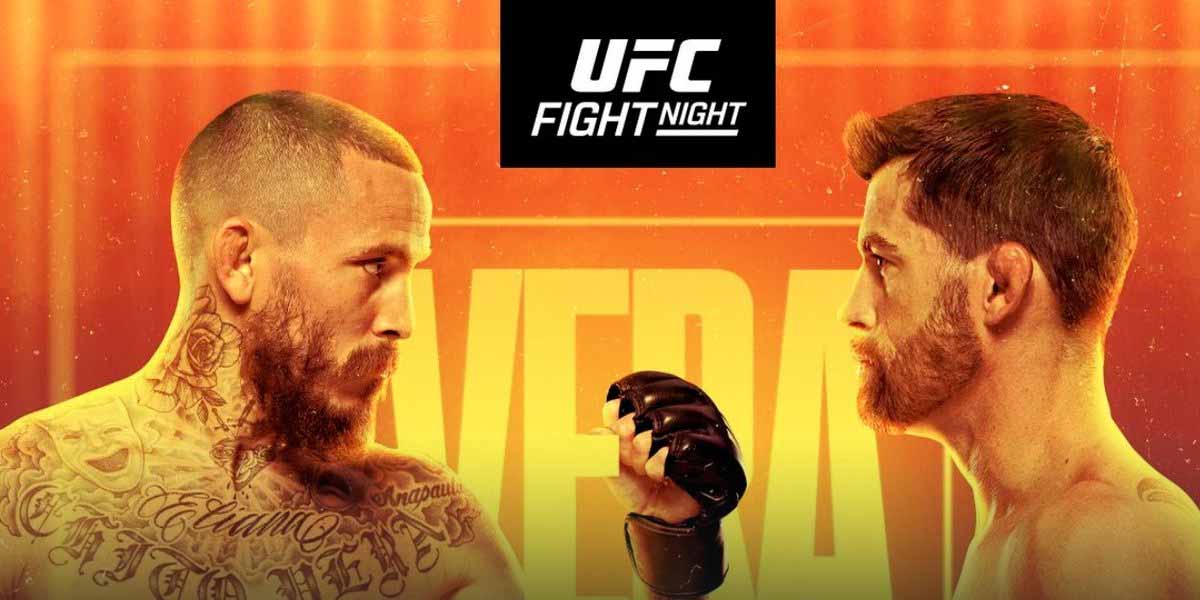 Vera is ranked fifth in the UFC’s Bantamweight division, and is coming off of a decision victory over Rob Font, his third consecutive victory.

Cruz, ranked eighth in the division, is a former champion, but a 2016 loss to Cody Garbrandt kicked off a string of injuries that saw him step away from the UFC for four years, and a 2020 loss to Henry Cejudo in his comeback fight may have ended his title prospects for good.

Since then, however, Cruz has defeated Casey Kenney and Pedro Munhoz, and might be healthy enough for one more run – if he can get past Vera.

The sportsbooks clearly do not think that Cruz has a real shot at finishing this fight, as the finish only odds demonstrate. Vera goes from a -250 favorite to a -450 favorite when the concept of a decision is taken out of play entirely.

Cruz has won 24 fights in his career, and 16 of them have been by decision, while Vera has won 19 fights, with only four coming by decision.

The sportsbooks expect the fight to go the distance, which is why Cruz has any shot at all. It seems they’re envisioning a fight similar to Vera Vs. Font, a unanimous decision win for Vera.

It’s remarkable that even though the fight is favored to go the distance – the most favorable outcome for Cruz – Vera is still a large favorite. Underdog bettors could be rewarded for betting on Cruz in this fight, but there’s a reason he’s such a prohibitive underdog.