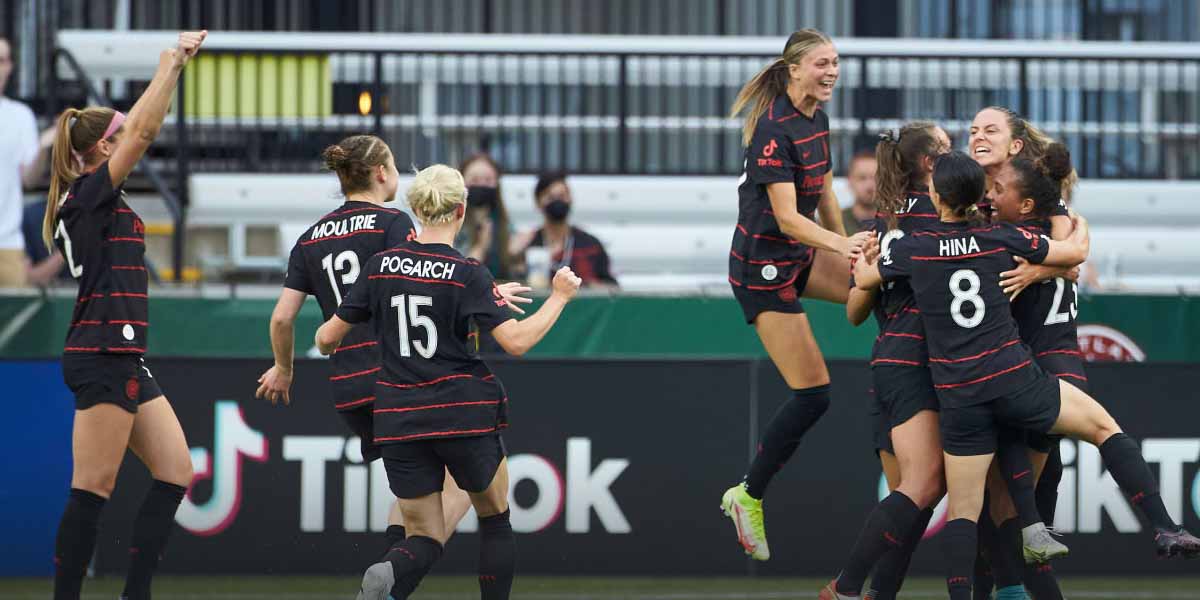 PORTLAND, Ore. – The Portland Thorns are heavy favorites Friday against the North Carolina Courage in the National Women’s Soccer League.

The Racing Louisville are also facing the Washington Spirit, with oddsmakers split on this matchup. The slight edge is being given to Washington. Soccer betting fans can find value in both these matchups.

Looking at Portland, it’s understandable why online sportsbooks are leaning so heavily in their favor. In their last nine outings, the Thorns have finished with a record of five wins and four draws; zero losses.

Portland also sits with the second-best record in the NWSL with six wins, six ties, and one loss on the season.

Meanwhile, North Carolina has the worst record in the league with just two wins, three ties, and five losses. The Courage tied in their last two matchups and lost the two matches before those.

Portland has also dominated offensively this season, leading the league in total goals with 31 while only giving up 11. NC has given up 19 goals and scored 17.

Portland’s offense is being carried by the strong play of attacker Sophia Smith. Smith leads the league in shots at 34 and is second in the league in total goals at nine. Smith has scored at least one goal in the last four matches.

Unless NC can slow Smith down, the -205 odds on Portland may be a sure wager.

Both the Spirit and Louisville have gone a while without a win, with both clubs having two losses and three draws in their last five matches.

Washington tied 3-3 against the Courage in their last matchup but did not score a goal in the 0-0 draw to the Orlando Pride or the 0-1 loss to the Kansas City Current.

Louisville has scored goals more consistently, but they allow a lot of goals as well. On the season, Louisville has allowed 21 goals, the second most in the league.

With these two poor-performing clubs facing off, the smart money may be on taking the +240 odds on the match ending in a draw.