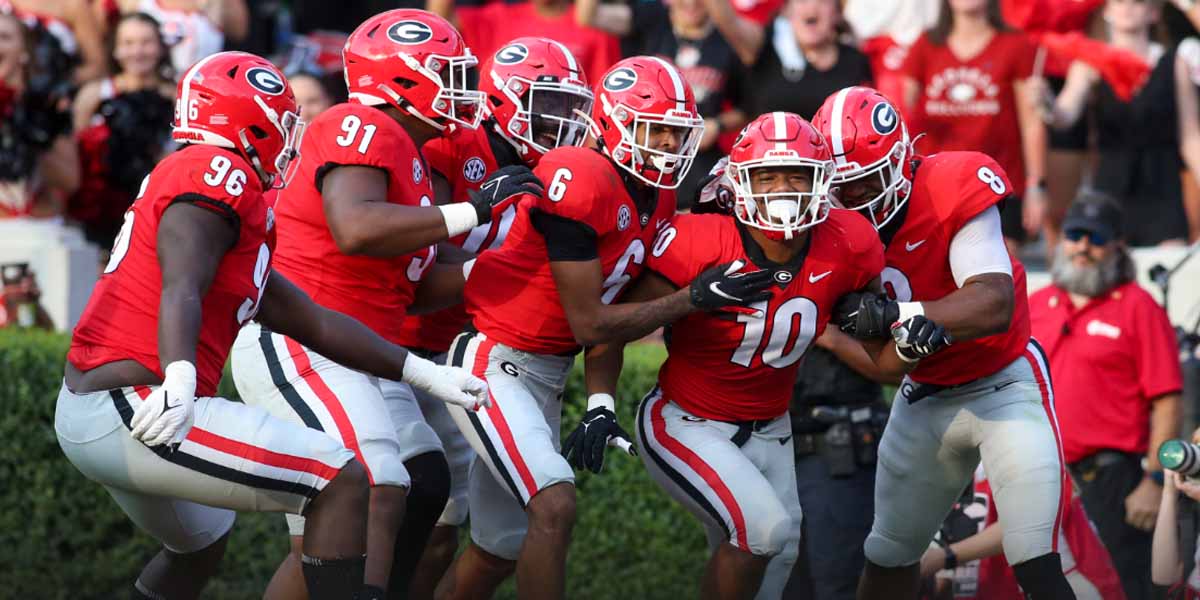 ATHENS, GA. – After the conclusion of week two of the college football season, the Georgia Bulldogs have taken back the number one spot to win the CFP and currently have +175 odds.

The Bulldogs opened up the 2022 season with the third-best championship odds at +300 but have been the most dominant college football team in two weeks. The Crimson Tide opened at +175 but knocked out Texas’s starting QB and still almost lost in Austin.

Teams with the Best Odds CFP Odds after Week 2

Alabama has not dropped in the odds boards by much, with their 2022 title odds shifting to +200. College football playoff betting sites have odds for all of the current 2022 championship contenders, after a week two that featured three CFP top ten losses.

Betting on the Longhorns

Even with a loss to Alabama, Texas’s future odds still have value and currently sit at +20000. They opened the 2022 season with +6000 odds and cannot afford to lose another game during the regular season. By 2021 record, however, the Tide are the most difficult opponents that the Longhorns will face in 2022, giving value to betting on them to make the CFP.

After being knocked out in the first quarter against Bama, it is expected for Quin Ewers to continue playing in 2022 but will be out for 4-6 weeks. Before he left, Ewers was picking apart the Alabama defense and threw for 134 yards and 9 of 12 completions.

Texas will have to face Oklahoma (+2500 CFP odds) and Oklahoma State (+1000 CFP odds) later in the season, who both have shorter National Championship odds at online college betting sites but Texas is already familiar with the underdog mentality, after being 20.5 underdogs in the Alabama Game on Saturday.

Betting on the Volunteers

Tennessee opened up the 2022 season with +10000 National Championship odds but have won their first two games of the season, including their week 2 win against number 17 Pitt. Hendon Hooker has led the Vols with 546 passing yards, four touchdowns, and zero interceptions in 2022 so far.

Tennessee certainly has a tough road ahead with SEC regular season matchups against Alabama and Georgia in the future, but the team’s CFP odds have shortened to +7000 after week 2. Hooker’s Heasman odds have also shortened from +4500 to +2000.