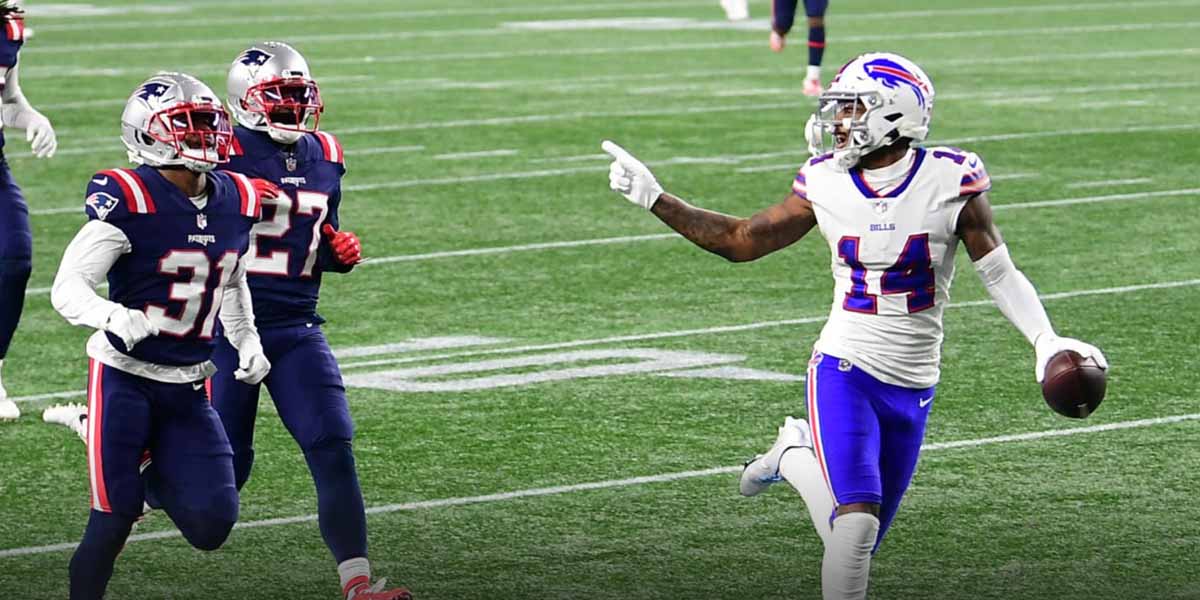 FOXBOROUGH, Mass. – The Buffalo Bills are visiting the New England Patriots for a crucial AFC East matchup to kick off week 13. Stefon Diggs leads both teams for pre-game props with the highest projected receiving yards.

Diggs also has the shortest odds to record the most yards of any receiver during the matchup, with oddsmakers not predicting anyone will even be close to his production.

During the 2022 regular season, Diggs has averaged 100.9 YPG, showing no reason to not bet the over at online sportsbooks on his total. The Patriots’ defense is also coming off of a Thursday Night football loss on Thanksgiving to Minnesota where they allowed Justin Jefferson to haul in 139 total yards.

Buffalo opened up the 2022 season playing on Thursday night, and Diggs also did not disappoint by recording 122 receiving yards on eight receptions. Diggs has averaged 10.8 targets per game and 7.6 receptions per game in 2022.

Last playing on Thanksgiving, Josh Allen has had ten days to rest his arm. He has loved connecting with Diggs in the endzone this season so far with nine total TDs. Diggs has found the endzone during the Bills' last two wins and has odds at NFL sportsbooks to continue his hot streak.

Diggs leads all receivers during the matchup and all other Bills players to find the endzone during any point of the game and has been hot enough to get it done after the long rest week.

Will Stefon Diggs find the endzone?