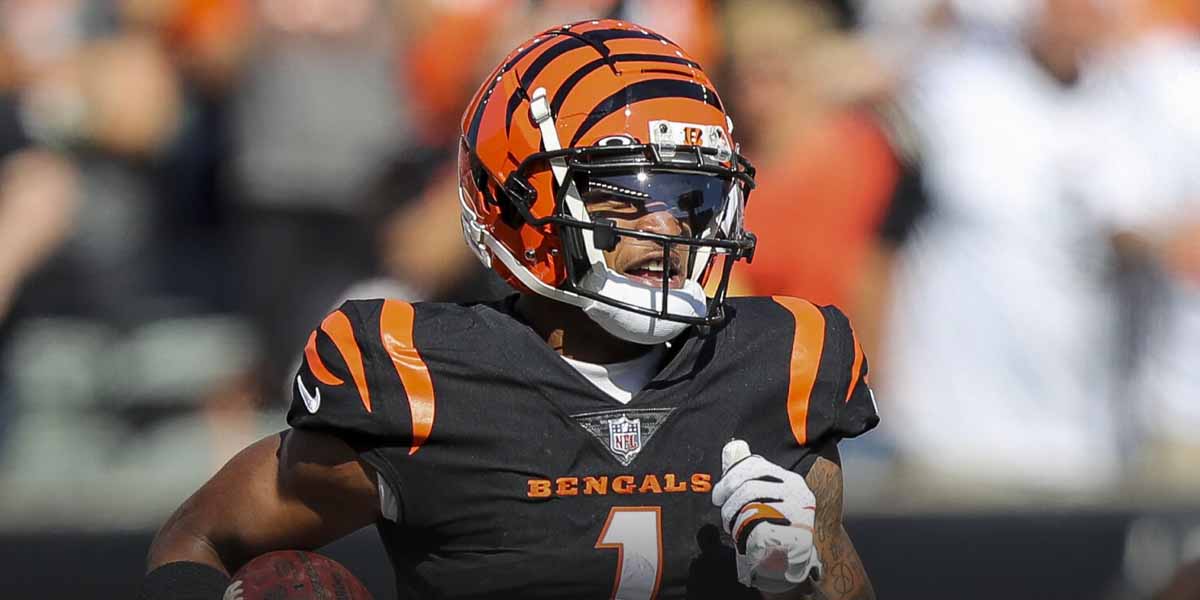 BUFFALO, N.Y. - Ja'Marr Chase's prop betting odds versus the Buffalo Bills reflect his season-long averages of 86.9 receiving yards and 7.4 receptions per game, but prove to be too low when considering how his performance has improved throughout the season.

In just his second season, Ja'Marr Chase has established a trend for improvement towards the end of the season giving bettors an edge on their online sportsbooks.

In 2022 that has meant his last eight games, while in 2021 that meant his final seven games of the season:

Given that Chase has now averaged nearly 100 yards receiving to close both of his seasons betting the over for his 82.5 receiving yard prop at NFL sportsbooks may be as strong a bet as any this weekend, with the +120 odds for over 7.5 receptions also presenting players with an interesting pivot.

Prop Bets for Ja'Marr Chase to Score a TD

Given that Ja'Marr Chase has established himself as a superstar, many of the prop bets on the former Biletnikoff Award Winner to score a touchdown come with surprisingly long odds:

Ja'Marr Chase has averaged one touchdown per game over his past eight games, including scoring the first touchdown of the Bengal's game last week against the Baltimore Ravens.

That was his first time scoring the first touchdown of an NFL game, so it may not be a trend worthy of betting your entire bankroll, but with +800 odds it could payoff once more.

Focusing on Ja'Marr Chase's anytime touchdown scorer prop bet is a safe and sound betting strategy for the Divisional Round, although those long odds on Chase to score the first touchdown are also surely worth a hard look at Bovada.

Are you trailing bets on Ja’Marr Chase to score anytime or to score the first touchdown at Bovada?